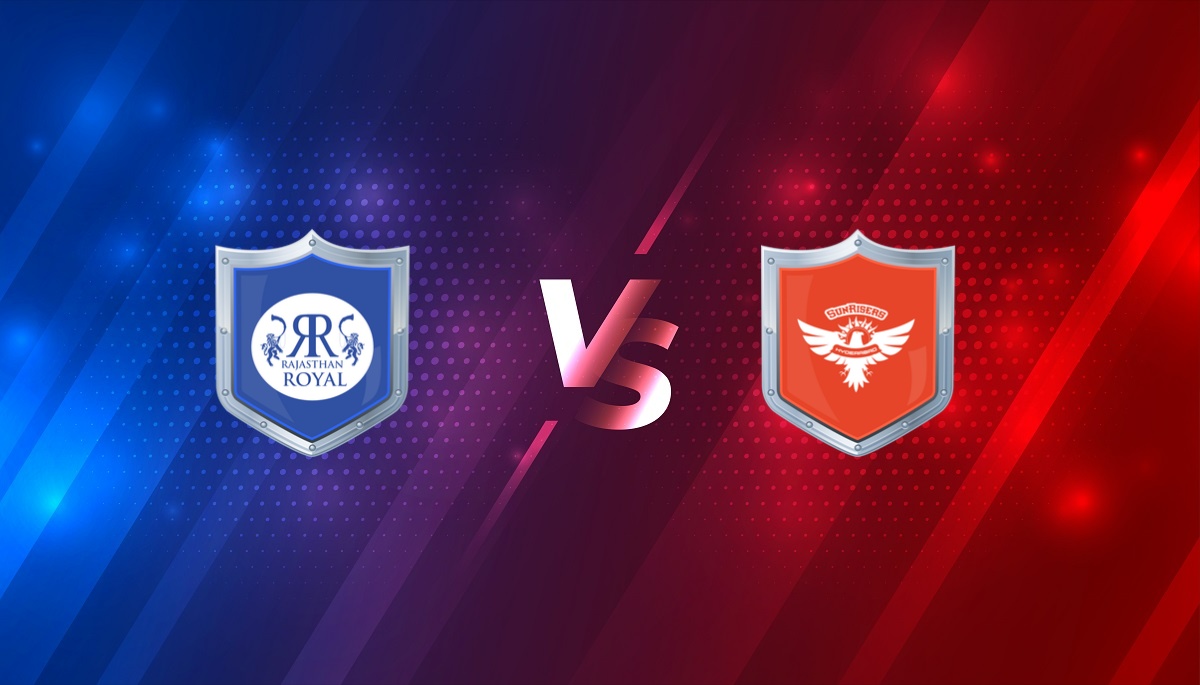 OneTo11 Prediction, Fantasy Cricket Tips, OneTo11 Team, Playing XI, Pitch Report, and Injury Update for the Tata IPL 2022 match between Sunrisers Hyderabad and Rajasthan Royals. They will face off for the first time in this season of the Tata IPL.

Sunrisers Hyderabad will face Rajasthan Royals in the fifth match of the Tata IPL 2022 on March 29th at the Maharashtra Cricket Association Stadium in Pune.

This game is slated to begin at 7:30 PM IST, and live coverage will be available on Star Sports Network.

Sunrisers Hyderabad and Rajasthan Royals will square off in the sixth match of the TATA IPL 2022. Both teams have one championship and will be eying for a second this season. Last season, these two clubs had a terrible season, finishing in the bottom two spots on the points table. Both teams played 14 games, with Rajasthan winning five and the Sunrisers winning three.

Sanju Samson will continue to captain the Sunrisers this season. After three retention and several great signings during the auction, the Royals have rebuilt their team. Royals’ batting will be held Jos Buttler, Yashasvi Jaiswal, Devdutt Padikkal, and Shimron Hetmyer will lead the Royals’ batting this season. Ravi Ashwin, Chahal, and KC Cariappa will lead the spin department. The pace battery consists of Trent Boult, Navdeep Saini, Nathan Coulter Nile, and Prasidh Krishna.

Given his prowess as a batter in the IPL, David Warner’s release came as a surprise to Hyderabad. Kane Williamson has assembled a new squad for SRH. Their batting lineup will be led by Nicholas Pooran, Aidan Markram, and Kane. The speed assault will be led by Marco Jansen, Bhuvneswar, Natarajan, Umran Mallik, and Kartik Tyagi. The spin duties will be shared by Shreyas Gopal and Washington Sundar. Indian talents such as Abdul Samad, Priyam Garg, and Abhishek Sharma have the potential to be excellent here as well.

In the IPL, these two teams have faced a total of 15 times, with Hyderabad winning 8 games and Rajasthan winning 7. On paper, both teams appear to be fairly solid and dynamic; only time will tell if they can translate those qualities into performances.

On matchday, the temperature is forecast to be approximately 33°C, with a humidity of 26 percent and a wind speed of 14 km/hr. Weather is clear with no anticipated signs of rain.

The pitch at the Maharashtra Cricket Association Stadium initially aids batsmen but also spinners as the game proceeds. The pursuing team has the upper hand on the wickets at Pune’s MCA Stadium. Around 80-85 meters is the size of the barrier.

The average score of the 1st inning is 182 runs on this wicket.

The second-batting squad has a remarkable record in this venue. On this ground, they have a winning rate of 60%.

Sean Abbott, an Australian seamer for Sunrisers Hyderabad, will miss the first three games of the Tata IPL 2022.

Here We have the Top Picks For OneTo11 Prediction and Fantasy Cricket Tips:

Sunrisers Hyderabad’s Nicholas Pooran is a left-handed wicketkeeper-batsman. In his 33 IPL outings thus far, he has scored 606 runs. He’ll be attempting to establish a name for himself here.

Sunrisers Hyderabad captain Kane Williamson is a right-handed hitter. In his 63 IPL outings thus far, he has scored 1885 runs. He will be in charge of turning the beginnings into huge innings.

Sanju Samson, the team’s captain, is a right-handed batter from the Rajasthan Royals. He has scored 3068 runs in 121 IPL outings and has the potential to be productive once again here.

Rajasthan Royals’ Jos Buttler is a right-handed wicketkeeper-batsman. In his 65 IPL outings thus far, he has scored 1968 runs. He has got that ability to change the game on his own.

Trent Boult is a Rajasthan Royals right-handed batsman and left-arm medium-fast bowler. In his 62 IPL outings thus far, he has scored 76 runs. This season, he will be counted on to deliver the ball.

Suggested Playing XI No.1 for SRH vs RR OneTo11 Team:

Suggested Playing XI No.2 for SRH vs RR OneTo11 Team:

Rahul Tripathi, Kane Williamson, and Yashasvi Jaiswal are the batsmen.

Washington Sunder and Aiden Markram are both all-rounders.

Trent Boult, Ravichandran Ashwin, and T Natarajan are the bowlers.

Jos Buttler will be a safe leadership pick in both the small and mini grand leagues. Sanju Samson is a solid captain candidate for the big leagues. Aiden Markram and Yashasvi Jaiswal are two safe bets here. For this game, the optimal fantasy/OneTo11 combination is 3-3-1-4.

Probable  winners can be:

Based on our forecasts, Rajasthan Royals are projected to win this match due to their team composition.

To enjoy playing live virtual cricket you can download the app OneTo11 no and earn many rewards.